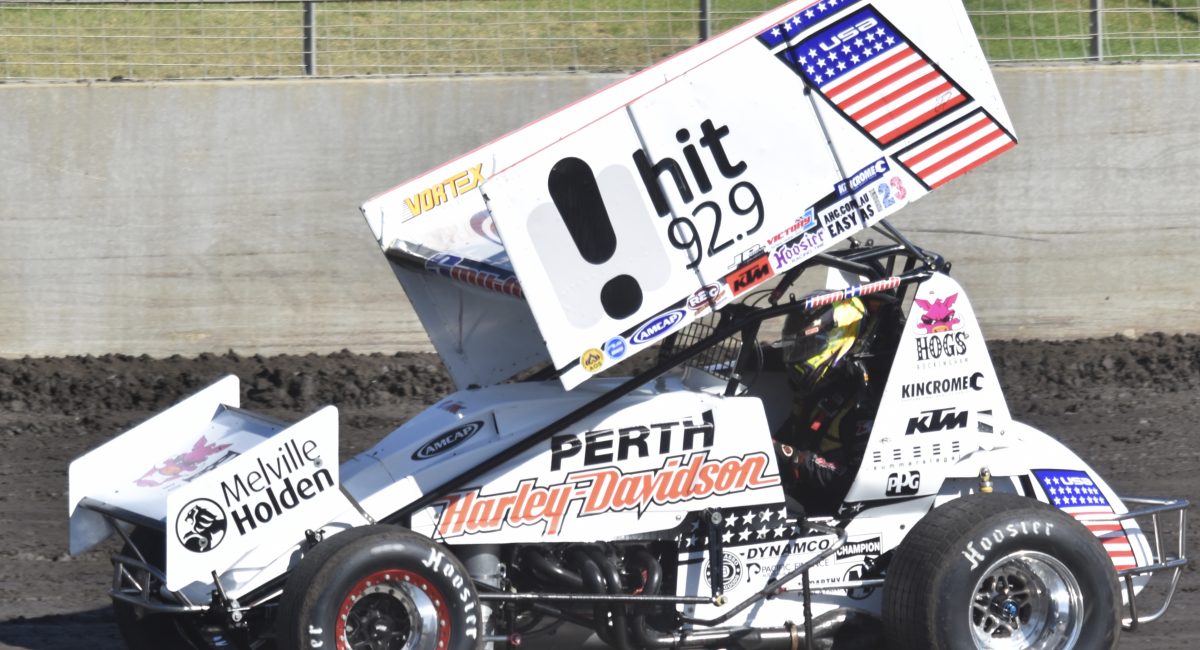 THE USA v WA Sprintcar Speedweek was a successful one for the hit92.9 Kendrick Racing Team.
Jason Kendrick claimed a feature race win and American Ryan Smith, who was also in one of the KRT cars, also
claimed a feature race win and was third overall in the series.
“We clearly had the fastest cars in the series with Jason winning three of the four Victory 1 Performance Quick
Time awards (he also won the round prior to Speedweek) with Ryan claiming the fourth Quick Time award,”
Geoff Kendrick said.
“Unfortunately we had a couple of mechanical failures along the way – basically we were trying some new
engine tech and it stretched some of the valves, but we have our eye on the big picture in the future that will
give us an advantage.
‘We have some serious pace and we are generating a lot of power – from stuff we have been working on with
Ron Shaver from Shaver Race Engines in America.”
Geoff thanked all the sponsors who helped back the team over the Speedweek campaign, and indeed over the
whole season.
“We had some new sponsors come onboard for Ryan’s car in Perth and South West Harley Davidson, as well
as Hog’s Breath in Rockingham – they are new sponsors to speedway and we are honoured to have them onboard.
“They will now continue with the Kendrick Racing Team for the rest of the season – we thank them and we
welcome them to the team.”
This weekend Jason returns to the Perth Motorplex for the next round of the AHG Sprintcar Series and it goes
without saying that the team is looking for a podium placing.
“As always, we will be out there putting our best foot forward and looking to make an impact that will make
our supporters, fans and sponsors proud.
“We are also looking forward to the big shows that are coming up, including World Series Sprintcars in Albany,
Bunbury and Perth, as well as the Krikke Boys Shootout in Bunbury.”