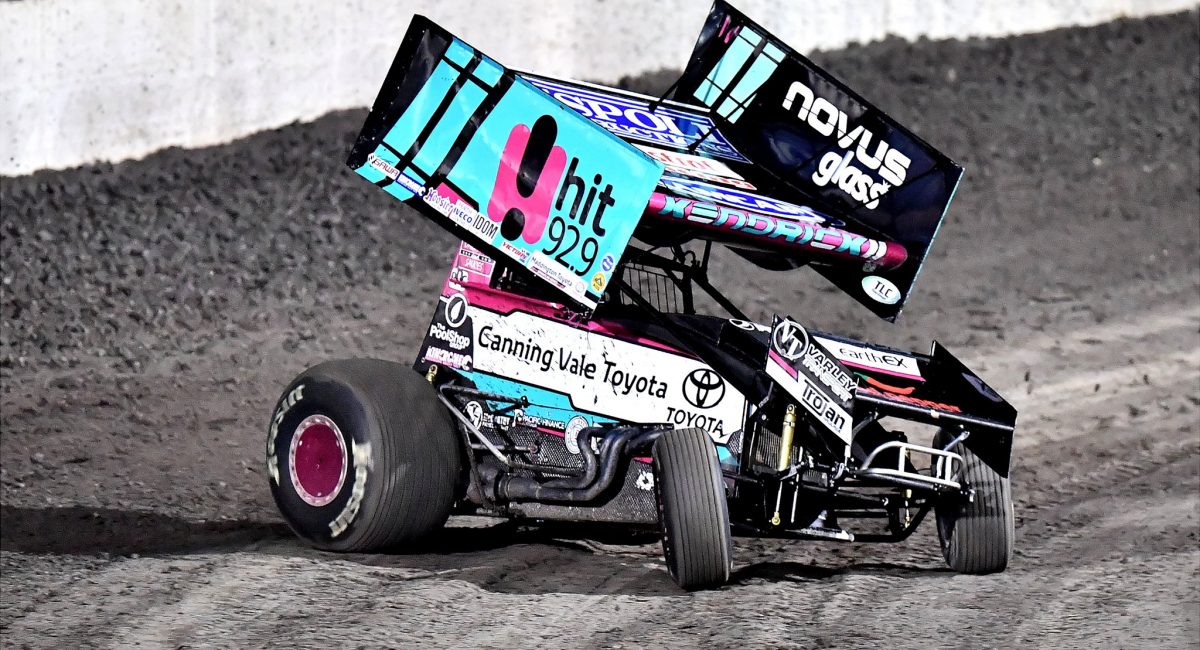 “We didn’t have a bad night – it just wasn’t up to our standards.”

That was the honest assessment from hit92.9 Kendrick Racing team boss Geoff Kendrick in reviewing the opening round of the Maddington Toyota Sprintcar Series at the Perth Motorplex last Saturday night.

At the end of the first 30-lapper for the season Jason Kendrick drove well in the shortened format.

“It was brutal, but it was the same for everyone and at the end of the day I didn’t have the car right for Jason,” Geoff said.

“The car was too tight for the track conditions and wasn’t free-flowing and Jason had to work hard on it and in the second half of the race he was able to free the car up and drive to fourth.

“The good thing is we finished and we scored some points and we didn’t damage anything which is a pretty good result for us for an opening night, where in the past we have usually stuffed things up.”

With a straight car Geoff said the team was now setting itself on being better for Rd2 of the series – the Bonza Bradford 57 that will be held at the Motorplex this Saturday night.

“Bonza drove for me when we had the Winfield cars and we have always had a close relationship with the Bradford family,” Geoff said.

“We would like to win that race again and in fact the Bonza race was the first race Jason won, up at Pithara.

“I think with the inclement weather this week we will probably have another heavy race track and that is going to make it challenging for all the teams – hopefully we will see some good racing and everyone will have a good night.

“I would also like to congratulate the top three from last week – Lachlan McHugh in third, Shaun Bradford in second and in particular Callum Williamson for his big finish to claim his first ever feature race – a great moment for Williamson Motorsport from Geraldton.

“Our car is ready to go and we are ready to give it our best shot this Saturday night.”