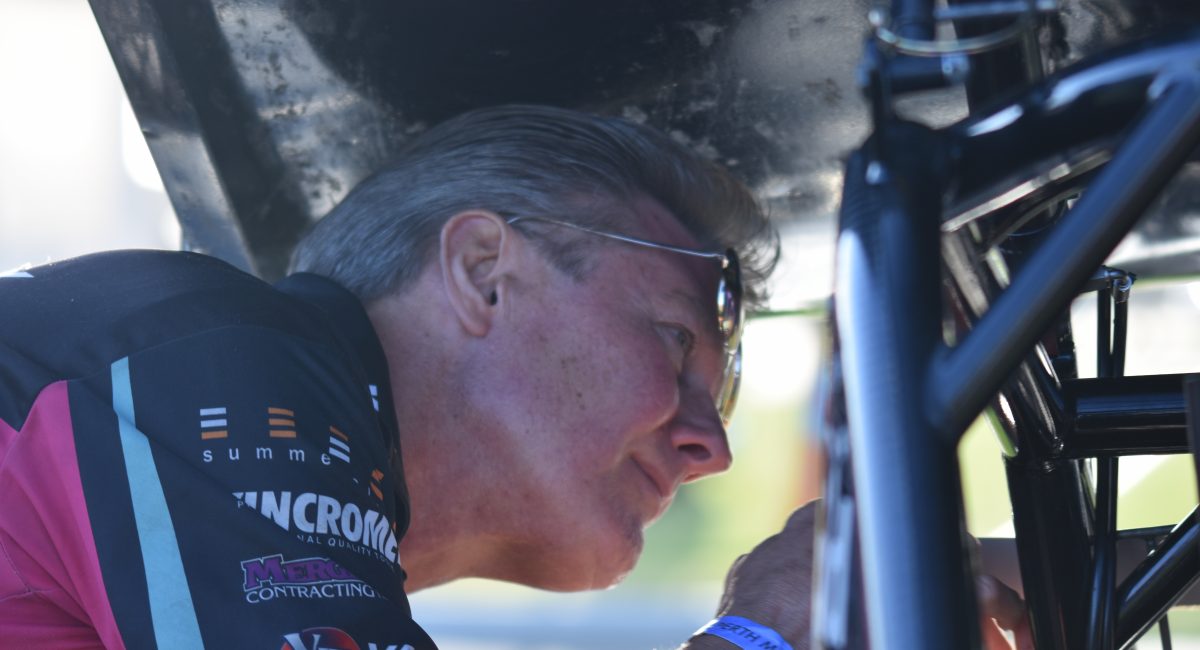 THE start of the season didn’t go to plan last week for the Kendrick Racing Team, but a new week and another
event means its time for redemption.
The first hiccup last week was the weather – cold and wet weather conditions meant the scheduled season
opener at the Perth Motorplex on Saturday night was postponed until Sunday.
After that setback the team prepared for the first round of the AHG Sprintcar Series in a positive fashion – with
Jason cranking out a 14.065 second lap in qualifying to be second quickest.
In the shortened racing format, each driver only had one heat race on the night with Jason starting back in the
pack and unable to find a way forward, taking a fifth.
There were some positives from this however as he posted the second quickest lap in the race – a 14.165 second
circulation.
Starting deep in the pack for the 30-lap feature race meant Jason would have to dig deep and muscle his way
forward as quick as possible.
Unfortunately this didn’t go to plan and after being caught up in someone else’s incident and being tagged,
the car suffered minor damage – and a blown right rear tyre – seeing Jason on the infield and a spectator after
the first lap.
This Saturday night Kendrick Racing Team returns to the scene of the crime for the Harris Engines Super
Speedway Stampede and everyone is looking forward to some positive results.
Also up for grabs will be some serious points in the season-long battle.
With warmer weather expected – and kids being admitted for free – a good crowd is exptected.
We look forward to seeing you all there.