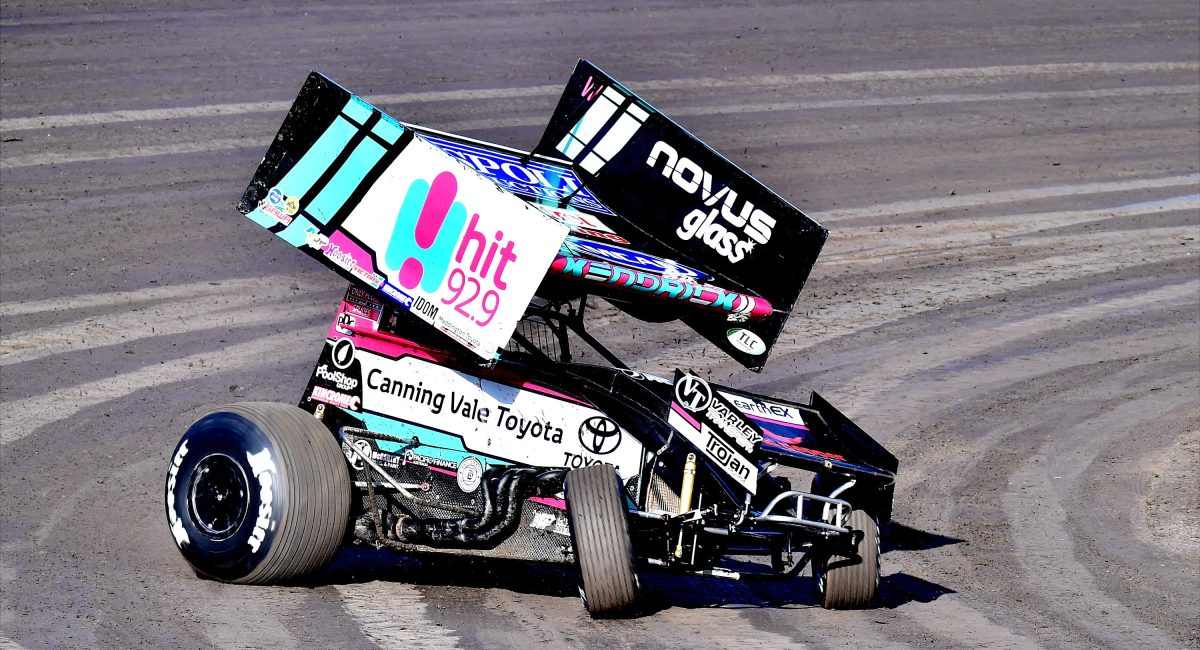 Despite carrying heaps of car speed into the opening laps of the Scardifields Smash Repairs King of Wings at the Perth Motorplex last week, Jason Kendrick and the hit92.9 Kendrick Racing Team posted a DNF.

JK started from P7 for the 40-lap race, got a good start and was jockeying for position with another car early when the cars collided, seeing the #11 flip several times and be out of the contest early.

It was a premature end to the night that didn’t see the team get a good result in qualifying but dig deep to get some good results in the heat races.

“Unfortunately the car speed we had didn’t eventuate into anything meaningful at the end of the night and it was just a racing incident,” team boss Geoff Kendrick said.

“Despite that we once again showed we have a fast car and it gives us plenty of confidence when heading into round 5 of the Maddington Toyota Sprintcar Series, again at the Perth Motorplex this Saturday night.

“In this series you have to be consistent as well as fast and we are hopeful of ticking both those boxes this weekend.

“We know with the package we have got that we have a good chance of finishing on the podium.”

Kendrick said the racing in the first four rounds of the series had been sensational with four different drivers claiming wins.

“It’s wonderful that we had another different winner last week and I would like to congratulate Ben Ellement and Muir Motorsport on their well-deserved win – Ben looked very fast out there and put on a great show – we look forward to challenging him and the others this Saturday night.”

Kendrick said they were also looking to improve on their sixth place in the series points before teams have a break from racing the following weekend.