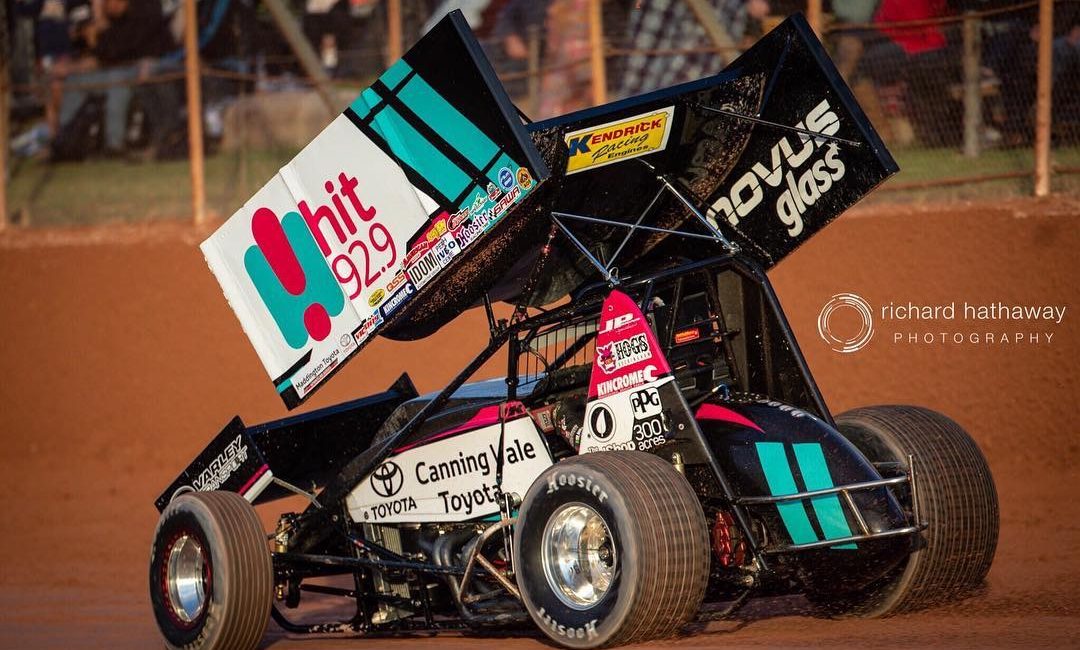 The hit 92.9 Kendrick Racing Team returns to the track for the first time this weekend since winning the 2018-19 Maddington Toyota Sprintcar Series championship.

Jason and the team grabbed enough points in the series grand final at Bunbury on the recent March long weekend – making it back to back victories.

“Our main focus all year has been to win the series,” said team boss Geoff Kendrick.

“Now that we have done that, our sights are firmly set on winning the Maddington Toyota Triple Crown – with the first round of that also being at the recent Bunbury show.

“That series will wrap up after we race at the Perth Motorplex this Saturday night (March 30) and again on April 13.

Geoff said that the team was also hopeful of getting off to a better start at this Saturday night’s show.

In recent rounds Jason has had to drive from the back of the pack to finish up the front end – and has put in some amazing drives to recover, but Geoff said they were aiming to be good from the get-go this time around.

“One night Jason made a mistake in qualifying and crashed the car and another night I missed the car set-up which made things really difficult for us,” Geoff said.

“Despite these setbacks the whole team dug deep and gave Jason a decent car to come through the pack in – our results showed that we were one of the fastest cars in these shows.

“We look forward to seeing everyone trackside for the final two sprintcar shows of the season as we send the season off with a bang!”