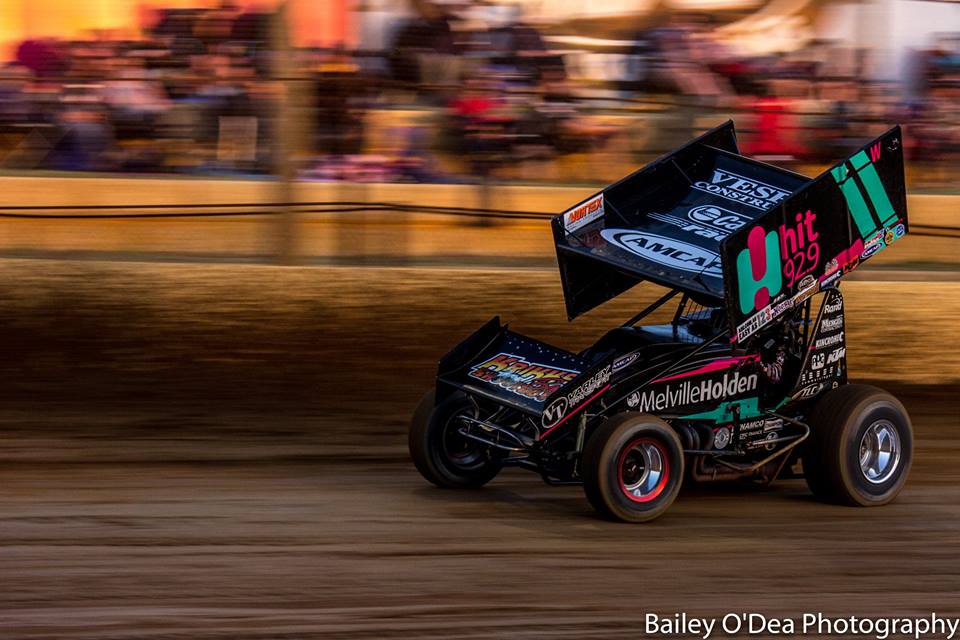 The 2017-18 sprintcar season has been a “decent” one but still fell short of expectations for the Kendrick Racing Team.
The team has won the AHG Sprintcar Series championship, as well as the World Series Sprintcars Grand Final, but believes it could have performed better.
“So given that we would like to finish the season on a high and collect a win at the final meeting of the season at the Perth Motorplex this Saturday night,” team boss Geoff Kendrick said.
“A good field of about 28 cars has nominated for the night of the AHG Triple Crown championship and includes one of the best drivers in the country in Jamie Veal.
“We are ready for the challenge of taking on Veal and Krikke Motorsport and will be wanting at least a podium finish.”
When comparing the past two seasons Geoff said they probably had more success the previous year – in terms of race wins – and conceded they were testing a lot of things this year.
“With all that development we are hopeful of moving us forward next year and believe it will make a huge difference.
“We have had some dramas, made some mistakes and not had things go the way they should have but it is up to us in the off-season to protect against that next year.”
A win this weekend will go part of the way towards that.
“I would like to thank all our corporate partners for their ongoing support of the team,” Geoff said.
“I would also like to thank AHG for their ongoing support of the series – the strongest domestic series in Australia.
“We are looking at coming back bigger and better next year and a podium finish this weekend would be good reason to celebrate.”