HIT92.9 TEAM READY TO BE CROWNED 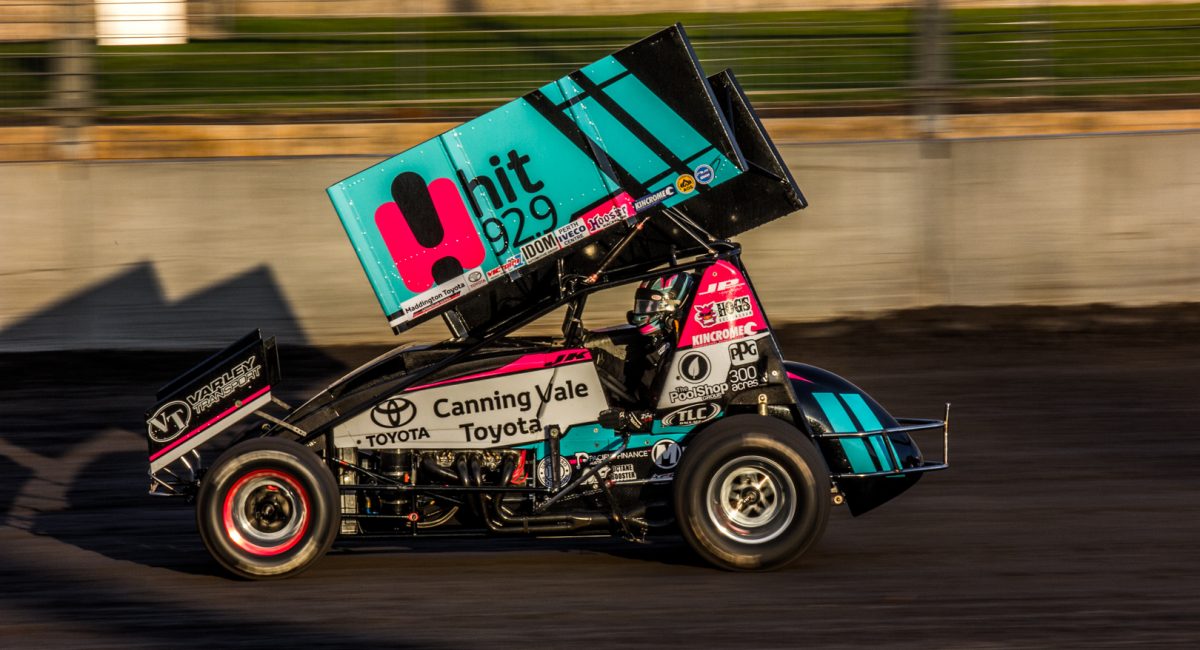 That is the mentality  the hit92.9 Kendrick Racing Team will take into the Scardifields Smash Repairs King of Wings at the Perth Motorplex this Saturday night.

It’s the third round of the Maddington Toyota Sprintcar Series and to say the team has fallen short of its early-season goals is an understatement.

An ill-handling car in round one and a spectacular end in round two, when holding down a commanding lead, have marred the start of the season.

“We won our first heat race and we passed a couple of cars in the second heat race.

“And then in the feature race we got to the front and we were leading by a solid margin with good car speed until an oil fitting off the back of the engine broke.

“Unfortunately it sprayed oil onto the exhaust pipe and while it looked spectacular for everyone, it didn’t do any damage to the engine.”

“We really love the King of Wings and it’s a race that we always set ourselves up to win.

“We definitely want to be at the pointy end of the field and shake off the gremlins from the start of the season.”