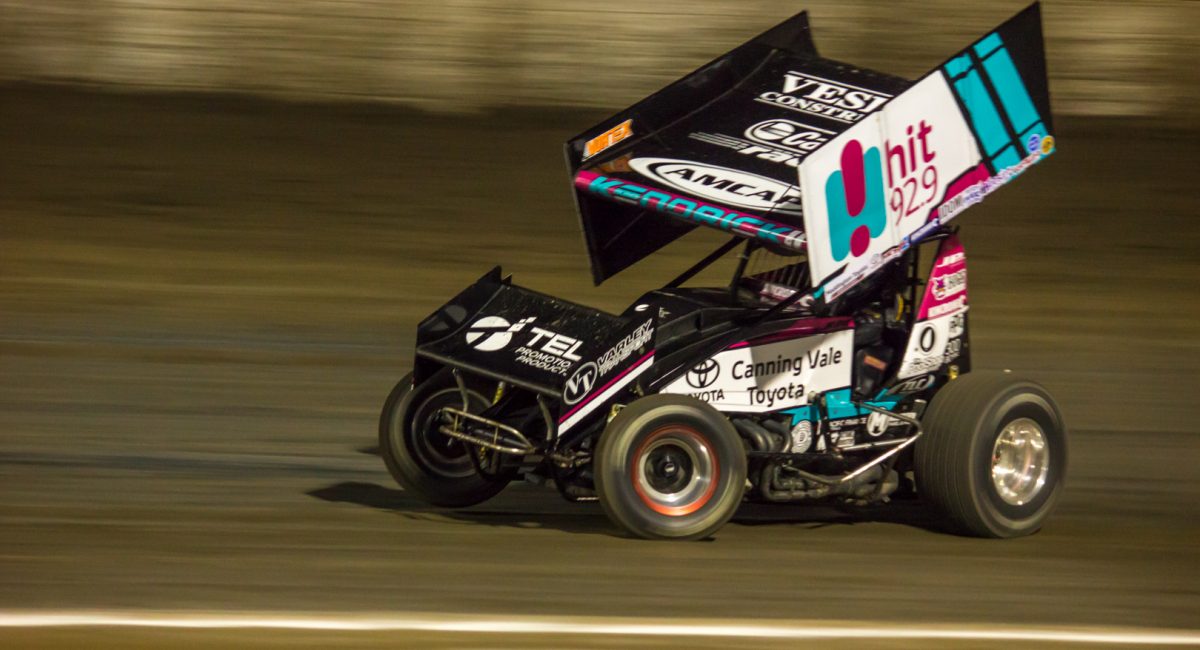 AFTER posting costly DNFs in the first two rounds, Jason Kendrick and the hit92.9 Kendrick Racing Team finally put some runs on the board when the third round of the Maddington Toyota Sprintcar Series was held at the Perth Motorplex on November 17.

JK finished second in the 37-lap King of Wings after trading blows and the lead with eventual winner Jamie Maiolo for the final 10 laps – and with plenty of car speed now under their belt, the team heads to Bunbury with confidence this weekend.

The Bunbury track will host the fourth round of the Maddington Toyota-backed series this Saturday night and team owner Geoff Kendrick said he was looking for a big results.

“At the last show we didn’t start off that good in qualifying and after we tried a few things, we went back to one of our old set-ups in the second round of heats,” Geoff said.

“We then started off the main event on the second row and the second half of the race was entertaining with the lead changing hands many times.

“The passing was great entertainment for the crowd and to borrow a well-worn phrase, ‘if that doesn’t turn you on, you haven’t got a switch’.

“We are going to Bunbury with plenty of confidence and we have a good base to work on now.”

Geoff said the team had always liked the Bunbury track and enjoyed some good results over the years at the South West complex.

“Over the years Ron Krikke has put a lot of effort into making it a whole lot better and now that the Bunbury Car Club has taken over to run it, we hope it goes well.”

Geoff said speedway in WA needs Bunbury to operate and he hoped the racers and fans would embrace the venue this season – starting from this Saturday night.

“I believe we have five divisions racing down there and the weather should be good, so we look forward to a good night out.”

Check out the weekends race HERE