HIT92.9 TEAM HEADS TO THE TITLE WITH CONFIDENCE 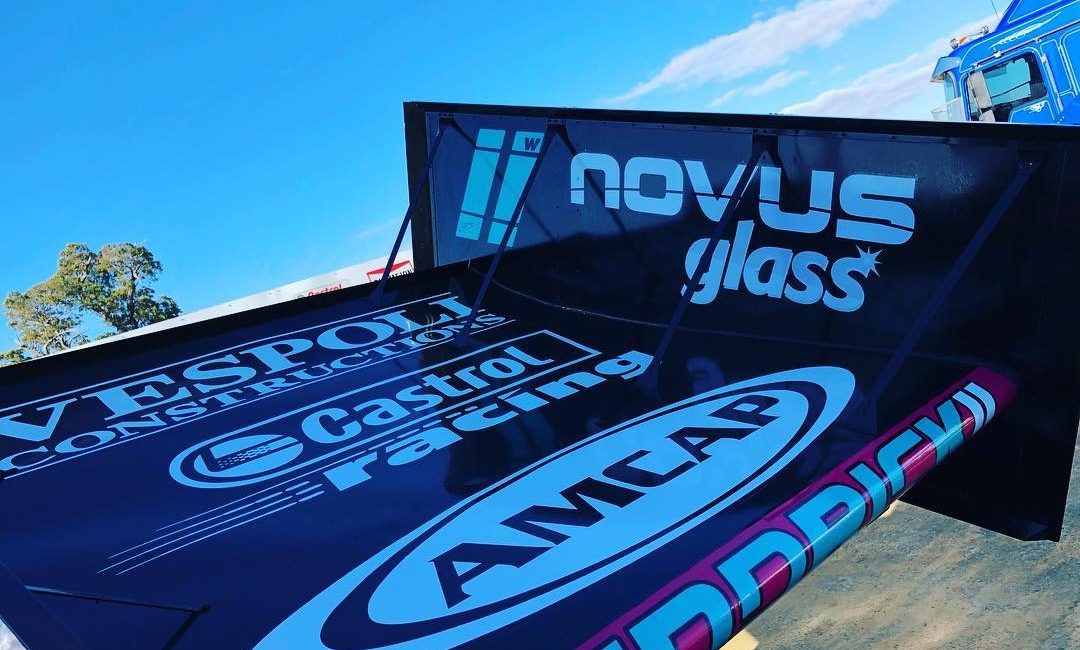 THE hit 92.9 Kendrick Racing Team would love to claim another WA Sprintcar Championship when it heads to the Perth Motorplex this Saturday night.

Over the years the team has won this event many times with different drivers and twice with Jason Kendrick behind the wheel.

“Jason has won it twice before and with a few extra high-profile drivers coming into the field this weekend, we are looking forward to the challenge,” team boss Geoff Kendrick said.

To do this the team will need to improve on the back of last week’s performance where JK salvaged a fourth in the feature race after having a bit of drama early in the main event.

“We set quick time last week and won our first heat and then Jason was involved in an incident in the second heat where he managed to get going again, but it stuffed up where we would have started in the feature race,” Geoff said.

“We were barely into the feature race when the car was tapped from behind and it damaged the rear-end a bit, but in the latter part of the race Jason was able to make up some ground and claim fourth.

“We are really looking forward to this Saturday night, which will be round five of the Maddington Toyota Sprintcar Series.

“We would like to thank them for joining the hit 92.9 Kendrick Racing Team, and like all of our sponsors, we look forward to a long and fruitful relationship.”

Looking a bit to the future and the team is also preparing for the arrival of American Mark Dobmeier who will be contesting the four-night USA v WA Sprintcar Speedweek that kicks off at the Perth Motorplex on Boxing Day.

“Mark is a very successful sprintcar driver and we are looking forward to teaming up with him again.”