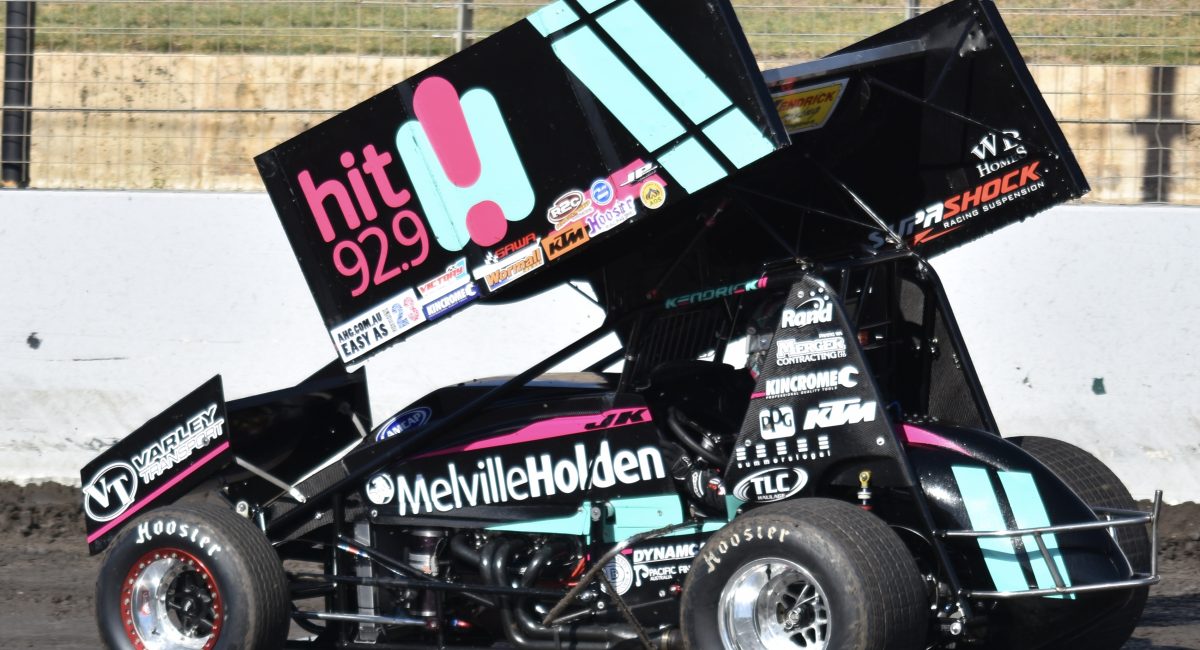 A NEW chassis, new engine and a new shock page – it is all part of the preparation for the new sprintcar season
that will start at the Perth Motorplex this Saturday night for the hit92.9 Kendrick Racing Team.
The boys on the crew, led by team owner Geoff Kendrick and driver Jason Kendrick, have put in a big off-season
with the aim of starting off strong in this weekend’s first round of the 2017-18 AHG Sprintcar Series that is
part of the Shannons Powerpalooza event at the ‘Plex.
“We have got a new engine and we tested it at Bunbury a couple of weeks ago,” Geoff said.
“We have made a few little changes and tweaks for the season and Supa Shock has worked on a new package
for us as well.”
The crew has also introduced more carbon fibre to the car as part of a push to trim a bit off weight and hopefully
provide a competitive advantage.
“We have always run our cars a bit heavy but now we are getting to the pointy end and we need to make sure
all our stuff is the best.”
The team has set plenty of goals for the big summer of racing.
“Obviously we have goals in mind – we would like to win more feature races than we did last year,” Geoff said.
“We want to win big races like the King of Wings and the State title and the USA v WA Sprintcar Speedweek.
“Our aim is to tick off those goals one at a time, starting with a win on the podium for the first night of racing.
“We are lucky that all of our sponsors have come back onboard, despite tough times in the economy and we
appreciate those people supporting us – we will do our absolute best to maximise their exposure during the
season.”
Jason will also debut a striking new helmet this week after Lynton Jeffery from Vortex Racing Products in
America was able to secure a new Bell helmet sponsorship for Jason.