KENDRICK LOOKING TO BE “KING OF THE WINGS” 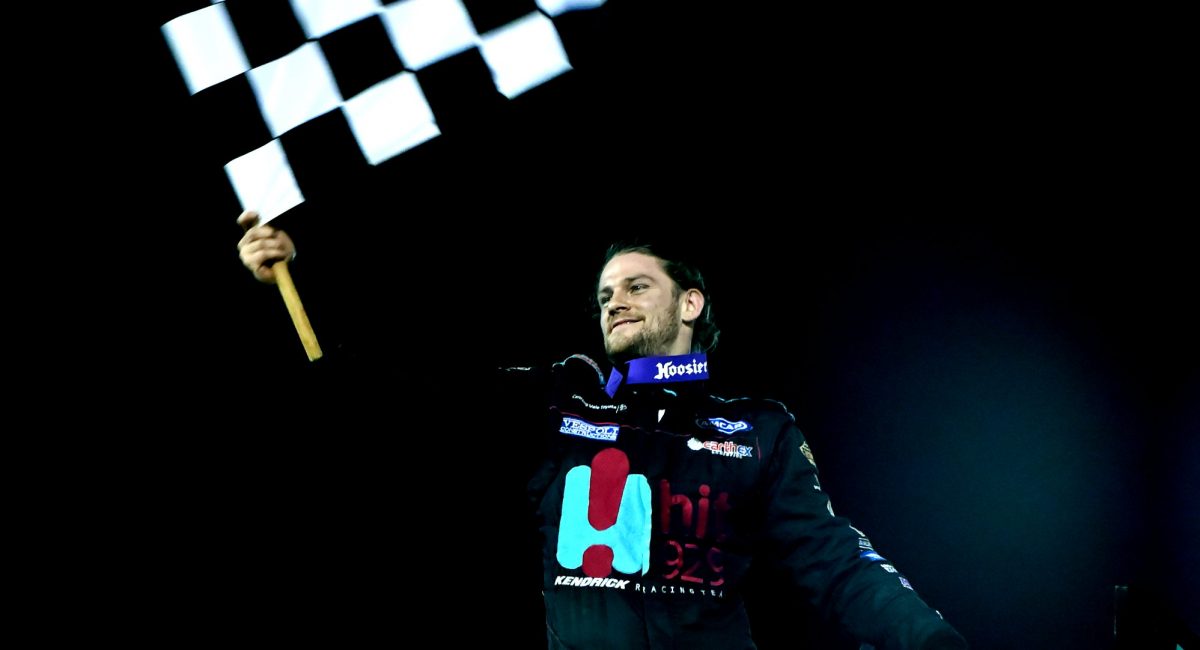 It took three rounds but Jason Kendrick finally nailed a podium finish in the third round of the Maddington Toyota Sprintcar Series at Bunbury Speedway last Saturday night – and more importantly for the team – it was a WIN.

This is on the back of two fourth placings in the first two rounds – both held at the Perth Motorplex.

Team boss Geoff Kendrick said they believed it was only a matter of time before they had a win.

“We have been fast and we knew that eventually if we kept knocking on the door it would open,” Geoff said.

“We made a few tweaks to the car with things that we had been trying early in the season and at Bunbury last weekend we went back to basics and we got the job done.

“We always enjoy going to Bunbury – it’s a good race track and they had a decent crowd for the opening show and we thank the Bunbury Car Club for their support of sprintcar racing this season.

“Now we move onto the Scardifields Smash Repairs King of Wings at the Perth Motorplex.”

Kendrick said the team was looking forward to being part of a solid field and given the package they now have, they are looking to pick up where they left off last week.

The King of Wings is all about strategy – a 40-lap feature race with a compulsory mid-race pitstop.

“There is a fair bit of strategy when it comes to this race – you have to be in a solid position in the first half and be able to win it in the second half,” Geoff said.

“You don’t want to burn your tyres off too much because if you change the right rear in the break, you go to the rear of the field.

“Given all that we are looking for a big showing and we want to once again showcase our corporate partners who have continually backed us.”