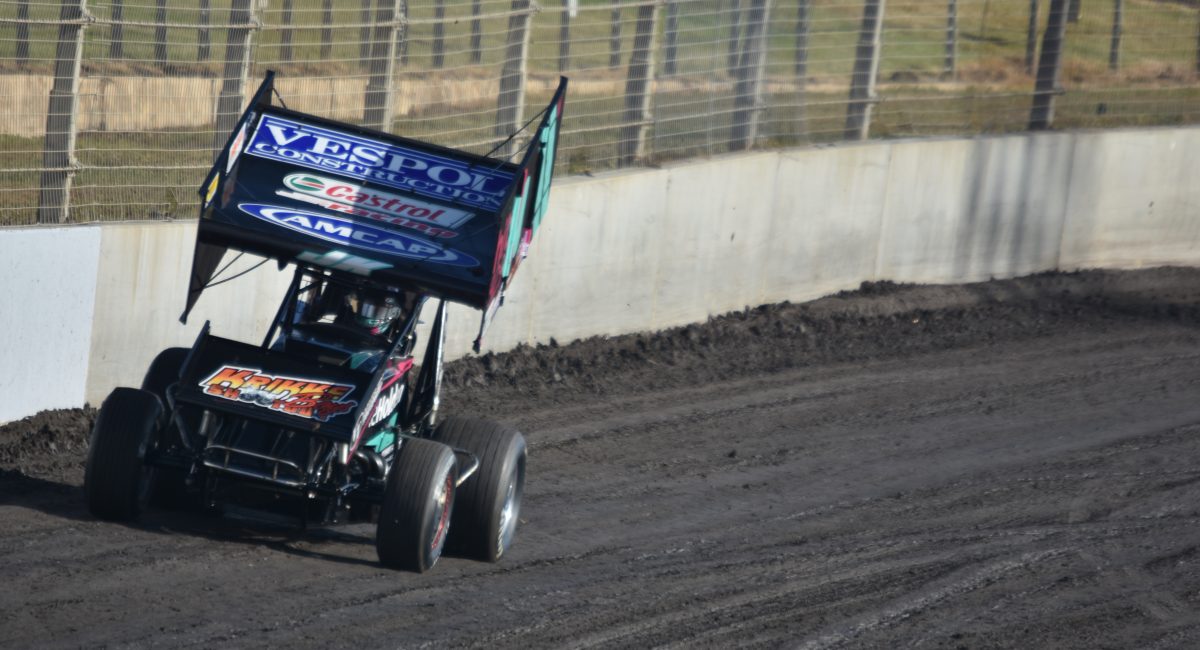 THE Scardifields Smash Repairs King of Wings is a major event on the WA speedway calendar and one the
Kendrick Racing Team wants to win this season.
A strong field has nominated for the annual classic that will be held at the Perth Motorplex this Saturday night.
Jason Kendrick was in a strong position last year to win the event until his car suffered suspension failure.
Despite the hiccup last year the team went on to record five feature race wins and finish runner up in the AHG
Sprintcar Series.
This year the goals have been reset and the focus is very much on the championship – but this weekend the
focus is on the King of Wings.
Jason goes into the event with plenty of confidence as usual and is heartened by the early-season car speed.
In the first meeting of the season he posted a DNF in the feature race after being involved in a crash.
In the last show he started at the back of the pack and put in a calculated drive to finish second to eventual
winner Jason Pryde on a track that took a lot of rubber.
It made racing conditions very tricky and JK showed plenty of patience as he worked through the field.
“Jason had to be careful when passing and not put himself in a compromising position,” said team owner Geoff
Kendrick.
“He did a good job to finish behind Jason Pryde and we would also like to congratulate Jason Pryde on winning
his first feature race.
“This week the format reverts back to normal qualifying and we are looking forward to progressing in the
heats and setting ourselves up for a strong start in the 35-lap feature race.
“The whole team is looking forward to putting on a good show for our sponsors and supporters and we look
forward to seeing everyone down there.”