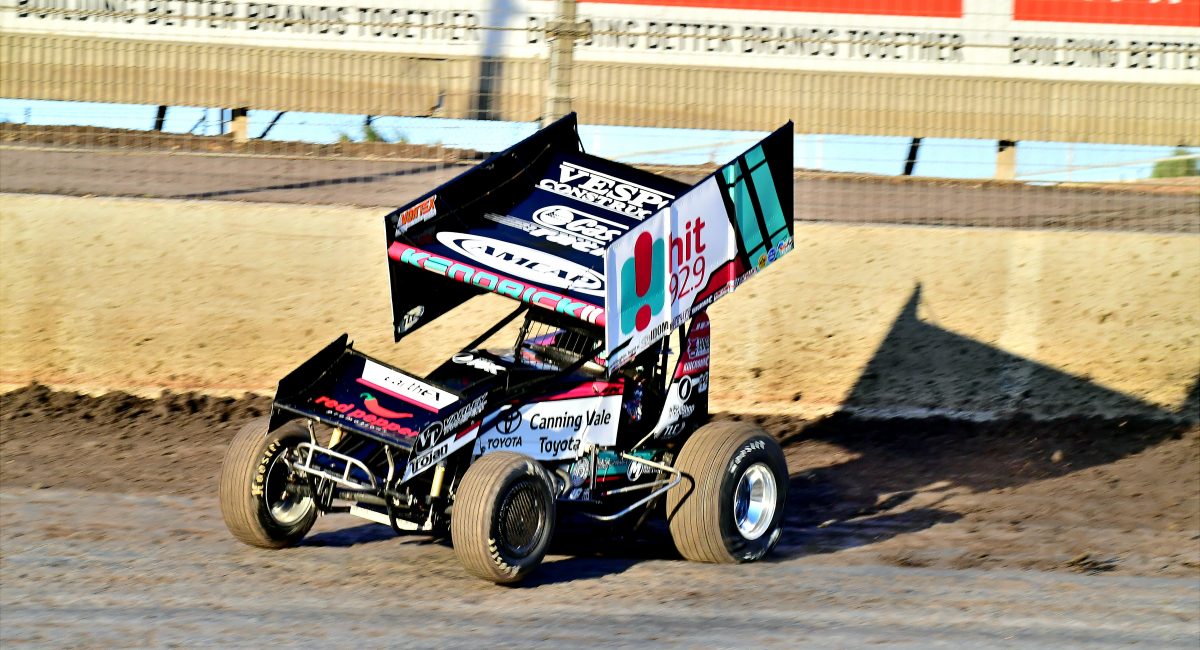 IT’s prime time for sprintcar racing here in Western Australia at the moment and the hit92.9 Kendrick Racing Team is right in the mix.

Last Saturday night when the combined round of World Series Sprintcars and the Maddington Toyota Sprintcar Series was held at Bunbury Speedway, Jason Kendrick finished sixth in the feature race after earlier in the show setting quick time from a field of 23 cars.

Jason also did well in his heat races to start on the front row for the feature race that was shortened from 35 to 30 laps.

Track conditions on the night were brutal on tyres “but I am sure they will improve on that for the Krikke Boys race there in two weeks” said team boss Geoff Kendrick.

Despite finishing sixth, Jason was the first WA driver home against a strong field, boosting his lead in the Maddington Toyota Sprintcars Series.

“We are now looking forward to the WSS Grand Final at the Perth Motorplex this Friday and Saturday nights which are also two more rounds of our local series,” Geoff said.

“Once again we will be approaching the show with the view of getting a good time in qualifying to set up our night and concentrating on being on the podium at the end of the night.

“It’s a great field of 34 cars that has nominated for the Motorplex rounds and we will be running two cars, with Lynton Jeffrey to drive our USA1 car.

“Lynton will also be in town for the Krikke Boys event the following weekend.”

Originally from Sydney, Lynton is now based in the US and has enjoyed success at various competitions over there.

“Lynton is a very experienced racer and a good friend of the family and through his company Vortex, is a sponsor of our team,” Geoff said.

“We look forward to racing with him and because he is a very experienced racer, we will learn from him as well and it is our pleasure to give something back to Vortex as a sponsor.”

“We can’t wait to head down to the track where we aim for both of our cars to put on a good showing and deliver a show for our sponsors and supporters.

“We look forward to seeing everyone there.”