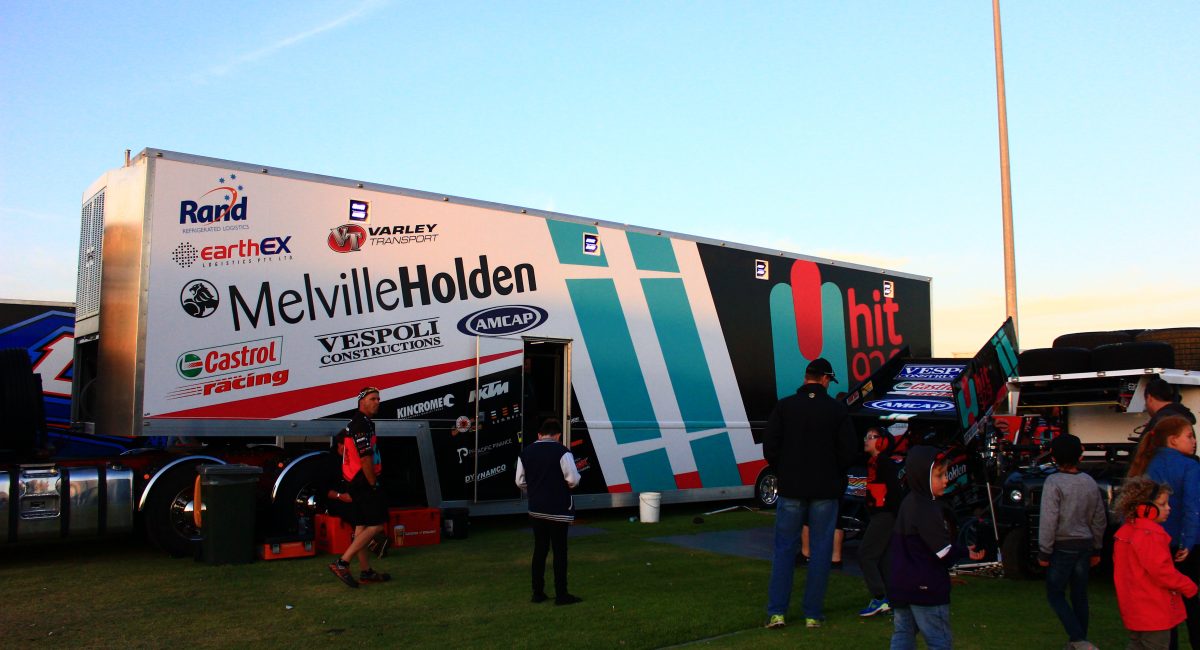 AS far as the 2016-17 season went the hit92.9 Kendrick Racing Team ticked most of the boxes.
Once again the team, headed up by owner Geoff Kendrick and driver Jason Kendrick, backed by a strong crew and loyal and supportive corporate partners, set the benchmark for sprintcar racing in Western Australia.
This culminated with Jason winning the Perth Motorplex track championship, the Magic Man Champion of Champion award and the Perth Motorplex Driver of the Year award – the latter two from across all divisions that raced at the Motorplex.
On top of that JK took home a swag of trophies from the combined Sprintcar Association of WA and Sprintcar Entrants Group awards night, including being runner up in the AHG Sprintcar Series, the AHG Easy As 123 Triple Crown Championship, the most feature race firsts, the feature race championship and the Achievement Award. Jason also won the Drivers Driver Award which is an award picked by his fellow drivers.
Adding the cream on top was the entire crew being recognised as the Best Presented Crew for 2016-17.
Geoff is understandably proud of the season that concluded in April. “From my point of view we had a good year,” Geoff said. “It was a challenging one and at the end of the season we won a lot of awards, but I still think we could have won a lot more races. “We had problems with machinery and we crashed out when we shouldn’t have, but it was still a magnificent year and we hope to build on that to have an even better one next year.”
Geoff said it was important to thank all the people who have made the season possible. “A special thanks to Oscar from SupaShock, Steve Kent from KPC Race Cars, Ron Shaver from Shaver Race Engines who helped out with our engine program, crew chief Brett Sartori and all the pit crew who worked tirelessly in the shed and at the race track,” he said.
Jason, who is always striving for better results was pretty matter of fact about the summer of racing.
“Yeah we had a good year but I wouldn’t say it was an amazing year,” he said. “There were probably four nights where mechanical failure hurt us and then probably two nights when I did some dumb stuff. “And the night we played out Joker (for double points) we had mechanical failure.”
Jason said on occasions during the season they continued their development of the Supashock package they had been working on for the past two seasons now. The shocks are that good, that mechanically the chassis probably didn’t provide enough movement and load transfer for what the shocks needed, so now we have to change the geometry of the car to match the shocks more.
Jason said the team now had a good starting point for the new season that will get underway in October.He would like to win the AHG Sprintcar Series that he has gone close to winning on a few occasions but said it was more about trying to win every race he was in.
“To win a lot you have to be constantly striving and you have to be obsessed with every little detail to get every advantage you can and that’s what I am chasing.”