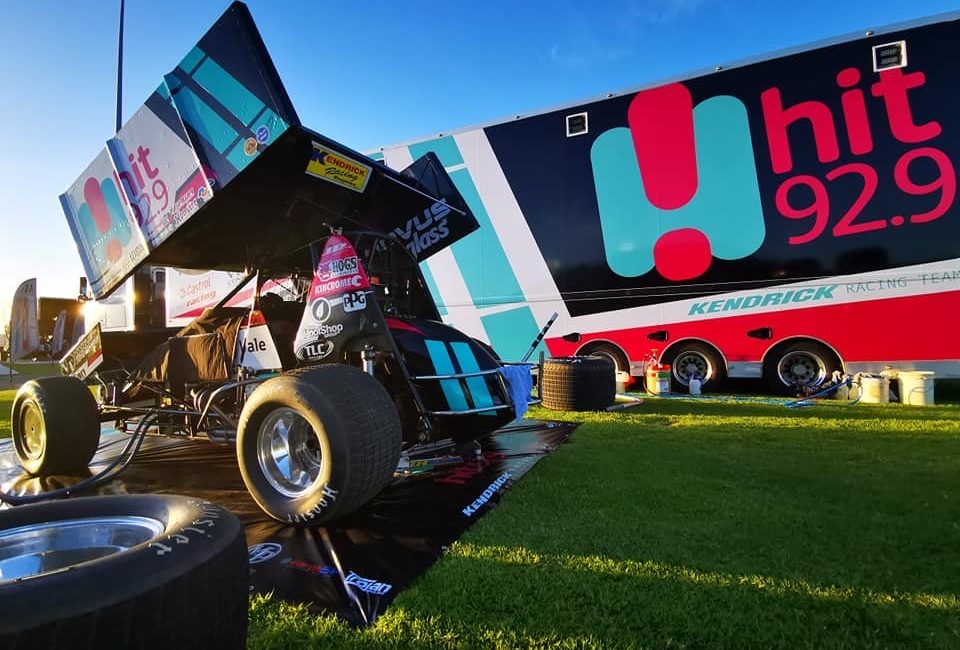 FOR the second year in a row Kendrick Racing Team has claimed the USA v WA Sprintcar Speedweek points battle.

This was held over four rounds – two at the Perth Motorplex and one round each at Bunbury and Albany Speedways.

Jason Kendrick won the points from American Shane Stewart, despite not winning a round – taking a fifth, then a second, a third and a fourth.

The team also fielded a car for American Bud Kaeding who finally claimed a podium finish at Albany after being dogged by bad luck for much of his WA tour.

“There is a massive amount of work that goes on behind the scenes to run Speedweek with two cars,” said team boss Geoff Kendrick.

“A special thanks must go to Jason Mansell and the crew for putting in a huge effort.

“And also a big thank you goes to all our corporate partners who have backed us, especially to Red Pepper Promotions for helping out with the American car.”

Now attention turns back to one car with Jason ready for round 11 of the Maddington Toyota Sprintcar Series that will be held at the Perth Motorplex this Saturday night.

This is the last round before a mid-season break and is also the last round drivers have to play their Jokers where they double their feature race points.

Jason is currently fifth in the championship points and the only one in the top five to not play his Joker, so a good showing on Saturday will see him move up the leader board.

“We are looking forward to this round where all the outstanding Jokers will be played and we will have more of an idea of where everyone is in the championship,” Geoff said.

“As per usual we are aiming for a podium placing and putting on a good show for the crowd, the fans and our sponsors.”

The team will then gear up for a short stint on the east coast – starting at Sydney next Friday and Saturday nights, followed by appearances at Avalon, Mt Gambier and the Warrnambool Classic.

This is of course, all subject to the roads being open in the wake of the devastating bushfires that are currently gripping the nation.

“And speaking of that, our thoughts are with everyone who has been impacted by the fires and we urge everyone, if possible, to get behind the fundraising that will support people affected by fires across the country.”