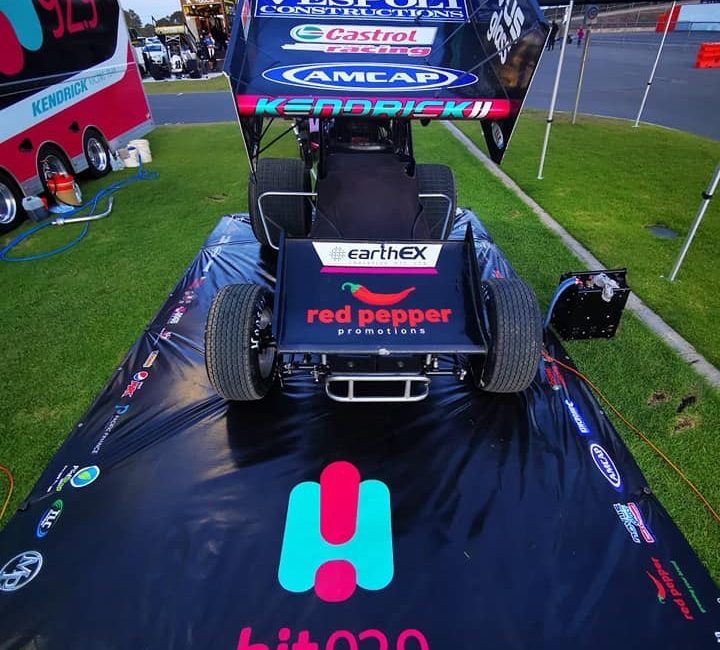 TWO rounds into the Maddington Toyota Sprintcar Series – and the hit92.9 Kendrick Racing Team has two fourth places to its name.

It’s not a bad start and gives the team a good platform for the races ahead including the Auto One Sprintcar Grand Slam that will be held at Bunbury Speedway this Saturday night.

And on reflection it is a better start than two-time and defending series champion Jason Kendrick has had in recent seasons.

But…and it’s a big but….the team wants more – and will be chasing a podium result at the South West venue this Saturday.

“Yes we have finished two races and the car is straight and there has been no major damage, but we want to grace the podium and we believe we are fast enough to do that,” team boss Geoff Kendrick said this week.

“We got hit by another car in the feature race last week at the Perth Motorplex and it bent over the top wing a bit which caused handling issues with the car.

But as Kendrick knows only too well, that is racing and it is time to move into the next challenge.

“We have done our preparation for Bunbury, it’s a great race track and we look forward to the challenge down there,” Kendrick said.

“We will be pushing hard for a spot on the podium for our supporters and corporate partners.

“We have a good base set-up for the Bunbury track and will give ourselves every chance of claiming our first win of the season.

“Congratulations must go to last week’s winner Daniel Harding – well done to everyone at HRP Specialties and Harding Racing – now it’s our turn for a win.”