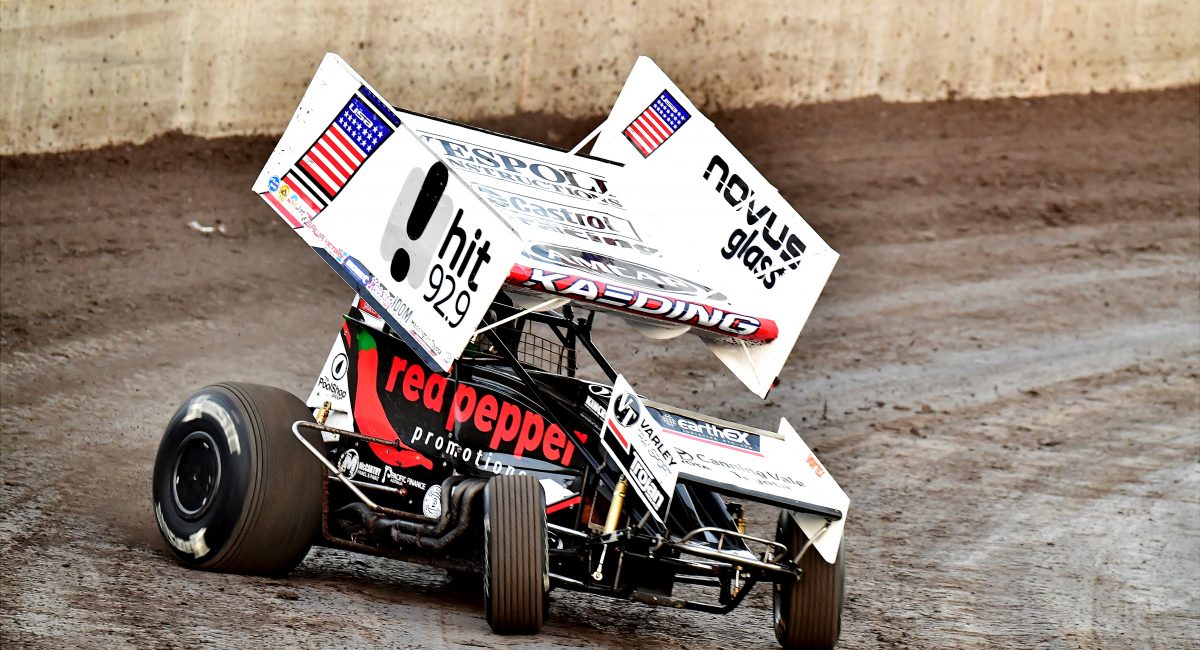 THE WA Sprintcar Championship is on this weekend and when you look back at some of the big names who have won the coveted trophy, you realise just how big this event is.

So it comes as no surprise that the hit92.9 Kendrick Racing Team is treating the time-honoured event, to be held at the Perth Motorplex this Saturday night, with a high level of respect.

And the race-week preparation has left no stone unturned in a quest for Jason Kendrick to be the champion for the third time.

“We are coming off the back of a win in the last round of the Maddington Toyota Sprintcar Series and as a result our confidence is high,” said team boss Geoff Kendrick.

“We have delivered plenty of speed in the past few shows and Jason took the last win in a canter, despite having a hole developing in one of the header pipes in the feature race.

“We have upped our program this week and put in what we believe is a better motor and we are looking forward to the challenge against a very stout field.”

Kendrick said the team had nearly completed its preparation with the team transporter set to be loaded on Friday night.

He said they were looking forward to chasing another podium result before taking on some more challenges with the USA v WA Sprintcar Speedweek that gets underway on Boxing Day.

As part of that preparation, where they will field a car for American driver Bud Kaeding, Jason tested the car the American will use, in a practice session at the Motorplex on Wednesday night.

“It is just so important to be organised in this game and when you are running two cars, the intensity and workload steps up a level, so we tested the car that Bud will use to make sure that it is ready to go.

“But in the meantime we are pumped about this weekend and we look forward to seeing all our fans and corporate partners at the show in what promises to be a big night of speedway action.”