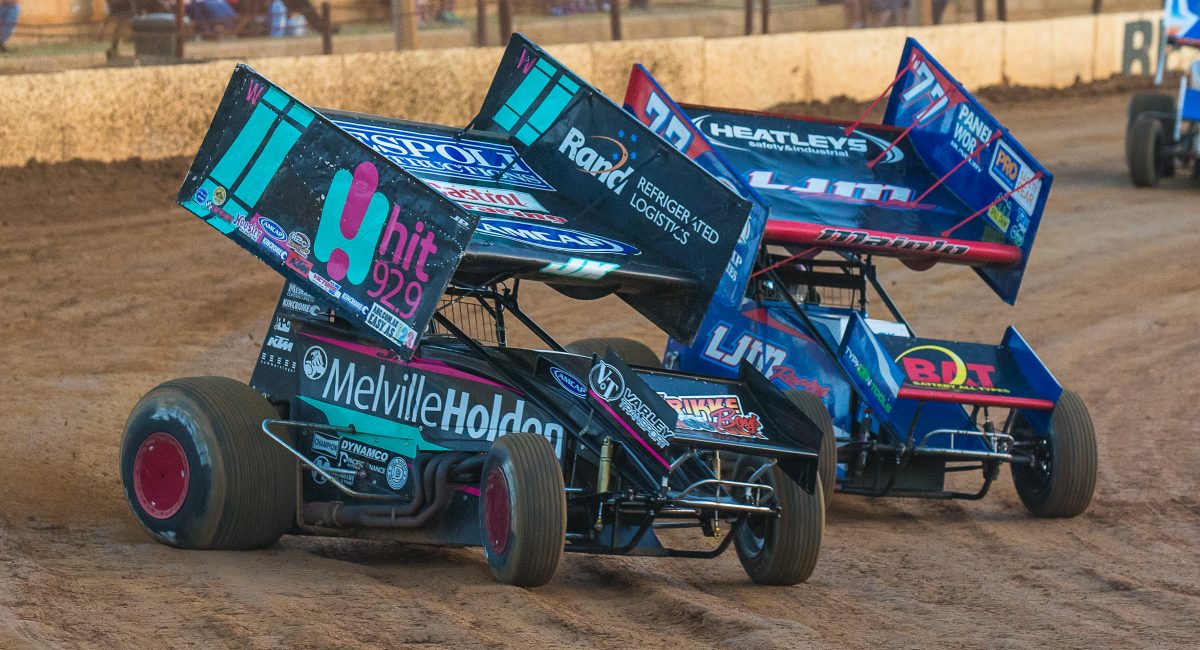 GOOD results from both nights of racing last week has the hit 92.9 Kendrick Racing Team in a buoyant mood
for this weekend’s big round of racing.
Last Friday night the team was in Albany for the first of the combined AHG Sprintcar Series/World Series
Sprintcars rounds before it rained.
“We had a good trip to Albany and we were sitting in fourth place before it was rained out,” team boss Geoff
Kendrick said.
“Then on Saturday night in Bunbury we didn’t qualify that well as we didn’t have the car quite right at the start
of the show, but Jason moved forward in the heats.
“Jason then qualified for the Bronze dash and progressed to the Silver and ultimately the Gold dashes, setting
up a start from P4 for the feature race.
“He was good in the final but unfortunately again we didn’t quite have the car right.”
Despite that ‘JK’ claimed fifth – another strong points haul – particularly for the AHG Sprintcar Series that he is
now leading with three rounds remaining.
Two of those rounds are at the Perth Motorplex this Saturday and Sunday nights – again as combined rounds
with World Series Sprintcars.
“We came away from last weekend with some strong results and it has put us in a good position for this weekend,”
Geoff said.
“We are looking forward to racing at the Motorplex, taking on the strongest field of interstate and overseas
drivers we have seen for a while.
“The team is looking forward to the show and the challenge of getting on the podium on both nights”.