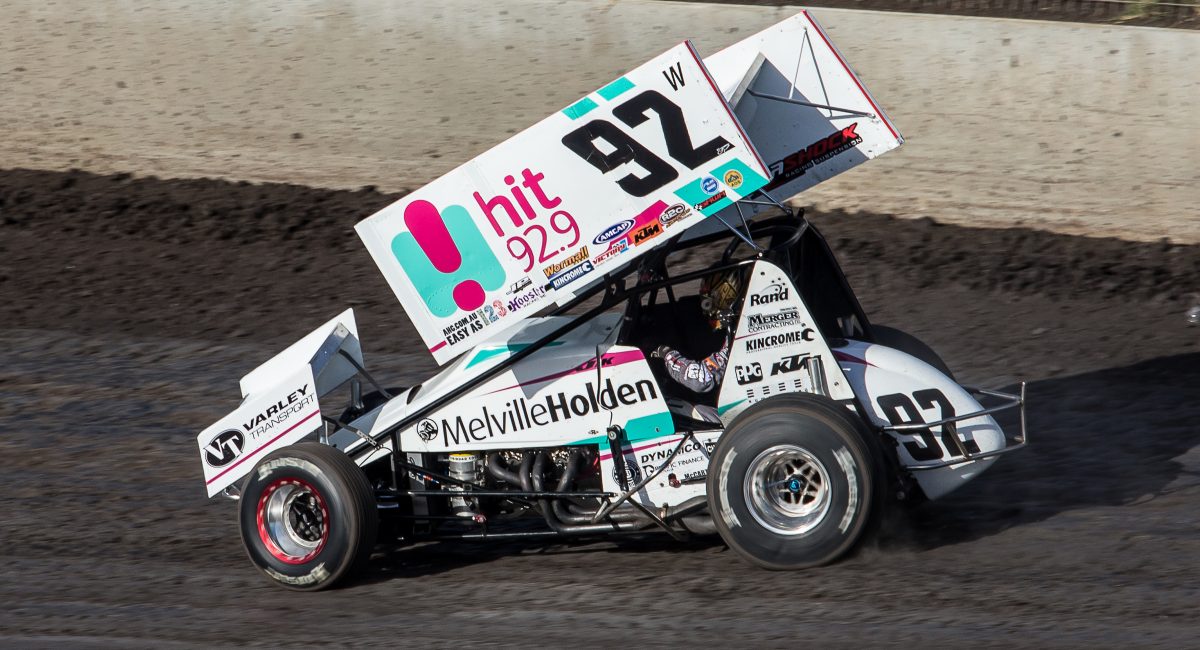 FORM in recent meetings hasn’t transformed into wins for Jason Kendrick and the hit92.9
Kendrick Racing Team.
With that in mind they are looking to make amends in the Merger Contracting Gold Cup
Grand Final at the Perth Motorplex this Saturday night.
It will be a big show with two feature races instead of the regular one.
Team boss Geoff Kendrick said, as usual, they head into the bout with confidence.
“We have had reasonably good results in the big races in March and we have been on the
pace at most of those shows,” Kendrick said.
This included a fifth at the Krikke Boys Shootout that was also round one of the AHG
EASYAS123 Triple Crown – with the final two races this weekend.
Jason won the preliminary feature race at the Australian 360 Sprintcar Championship
at the Perth Motorplex and followed up with a third in the championship final the
following night.
“We were strong all weekend, we just mucked up the car set-up for the main event.”
“Heading into the final two rounds of the Triple Crown, the team is pretty determined
to do well.”
“Being the last night of the season and with good weather predicted, there should be a
lot of racefans there and we are ready to put on a show. ”
“We want to end the season on a high for our team, our sponsors and our fans.”