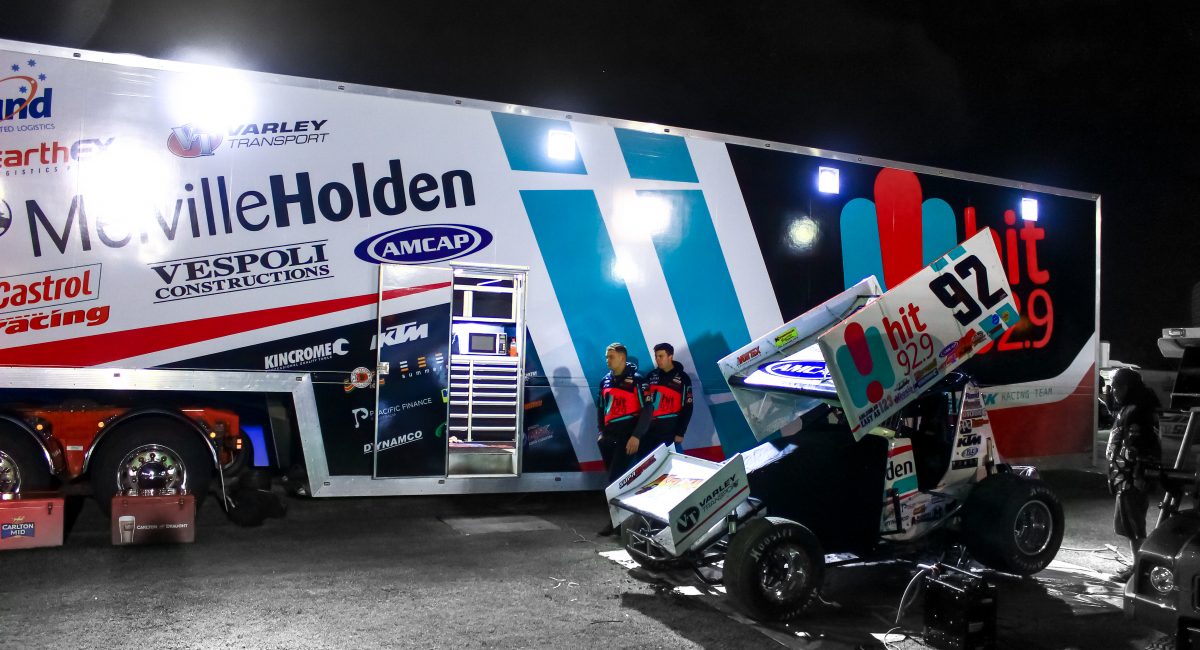 A DNF in the World Series Sprintcars feature race at Quit Bunbury Speedway last
weekend is still burning in the minds of the Kendrick Racing Team as it heads to the
Perth Motorplex this Friday and Saturday nights.
The team is chasing redemption in the big two nights of racing that will wrap up the
National Series.
Jason Kendrick was fifth quickest in qualifying and looked solid in the heat races but
had to start back in the pack for the 30-lap final, losing a bit of valuable ground early.
He was just starting to find momentum and made a good pass when there was contact
with a car in front, forcing the #92 machine to roll over softly.
The car didn’t suffer major damage but it was enough to end JK’s campaign for the
night.
“Last weekend we did not have a bad night until we bang ed into another car,” team
boss Geoff Kendrick said.
“We have regrouped and we are ready for the Motorplex and we hope to expand on
our three feature race wins so far this season”.
“We have a really good set-up for Kwinana and we are ready to go down there, mix it
with the best and hopefully grab a podium finish.”
Kendrick said the team was looking forward to challenging itself against all the good
guys in the country.
“We know we are capable of matching them and beating them and can’t wait for the
two nights that are individual rounds.”
JK will be one of 28 drivers locked into the battle with qualifying to start around 5pm
and racing around 6pm on both nights.