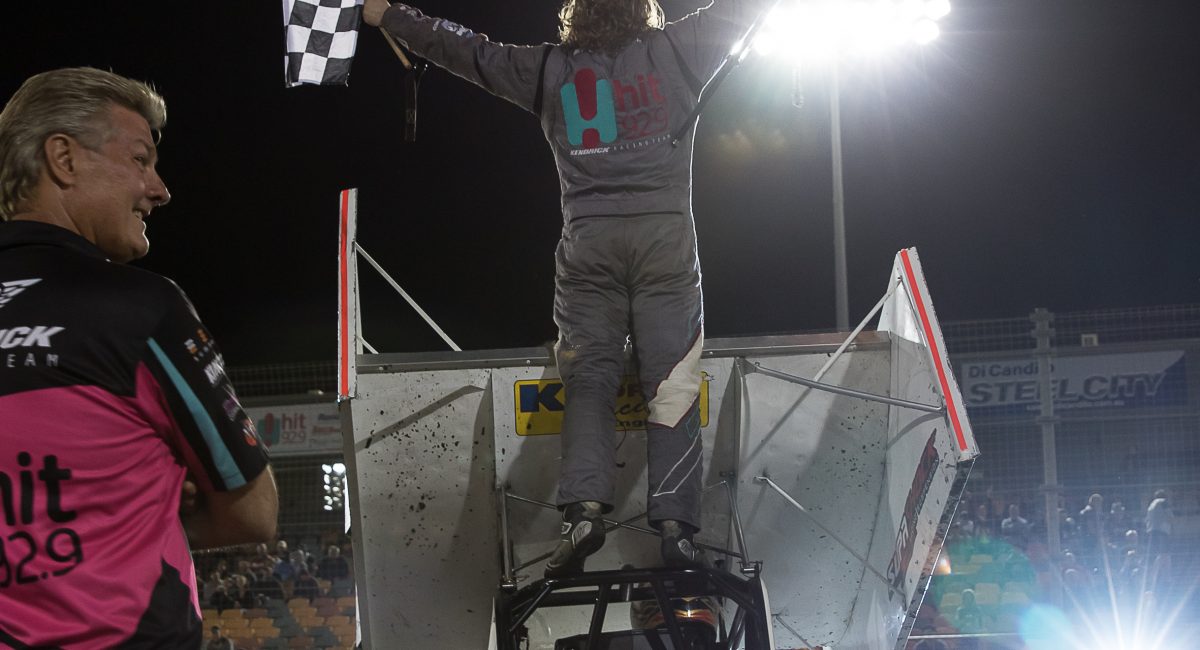 Not even a stumbling motor and subsequent engine change at the start of the night
could hamper the hit 92.9 Kendrick Racing Team’s drive at the grand final sprintcar
meeting of the season at the Perth Motorplex last Saturday night.
The team went into the final bout full of confidence and looking to wrap the season up
on a high – only to see the crew scratching its head, trying to work out what was wrong
with the engine.
Ultimately the call was made to swap it out and as a result of that – and not getting any
points in the qualifying heat race, Jason had to start the first 20-lap feature race from
the rear of the field.
By Jason’s own admission, he was not that good in the first feature race but the car
looked stronger as the race drew to a close.
An on-track incident late in the race saw the field bunch up and on the restart JK got
the 92 machine cranking, passing a handful of cars in the dying stages to claim a solid
third – a big effort considering where they were starting from.
The next feature race was a lot better – getting the jump at the start, hitting the lead
and avoiding a lot of carnage going on behind him.
At the end of the Gold Cup Grand Final 30 lapper Jason claimed a convincing win – his
fourth feature race win of the season.
As a result he had enough points to wrap up the AHG Easy As 123 Triple Crown – on the
back of recently finishing second in the 2016-17 AHG Sprintcar Series.
The solid results over both feature races was also enough for Jason to also claim the
Perth Motorplex sprintcar track championship.
The team thanks all its fans and sponsors for the fantastic support over what has been
a big season of racing here in WA.
The team is now gearing up for a couple of awards nights and sponsors’ drive days – as
well as starting planning for the 2017-18 season.
Thanks for the ride…see you all again in October.