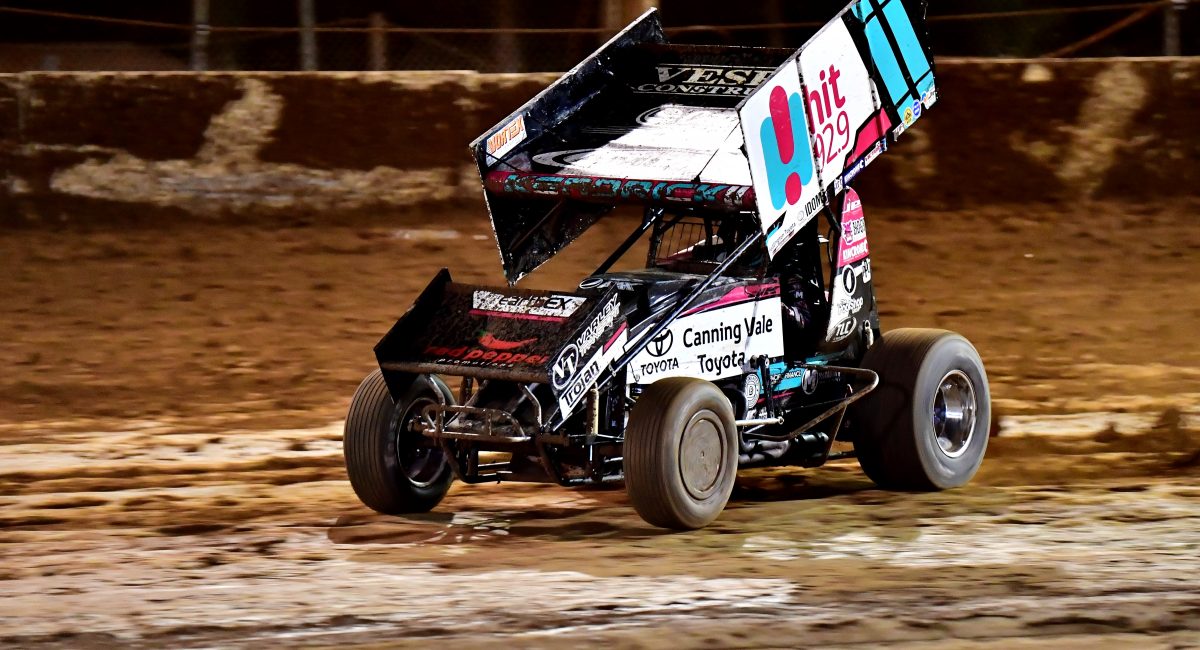 WE are the champions! Again.

The hit92.9 Kendrick Racing Team is pleased to announce that we are once again champions in the 2019-20 Maddington Toyota Sprintcar Series, securing enough points in the series Grand Final at Bunbury Speedway recently.

“This is the third year in a row we have won the championship and we are proud of the three-peat,” team boss Geoff Kendrick said.

“It shows as a team we are doing a great job, as well as Jason as the driver – he is proving that he is the one to beat at every race meeting.”

Geoff thanked series naming rights sponsor Maddington Toyota for their ongoing support, as well as the contingency sponsors who have all shown great support.

“And I would also like to recognise our team sponsors who have backed us and shown faith in us to compete at the highest level,” he said.

The Grand Final was a testing one for the team with Jason unable to qualify at the start of the show due to a broken cam drive that needed to be replaced.

He was then forced to start at the back of the field in the heat races and only just qualified for the final – from P20.

“Jason showed his driving prowess to charge from the back of the pack up to sixth and we just needed one more yellow stoppage and he probably would have claimed a top three.”

The Grand Final was also the first round of the Maddington Toyota Triple Crown, with round two be held at the Perth Motorplex this Saturday night.

“We are looking forward to the next two rounds of the Triple Crown that will also be the Silver Cup and the Gold Cups at the Perth Motorplex.

“We look forward to these races that end out the season and we will be aiming to put on a show for the crowd and our sponsors.”